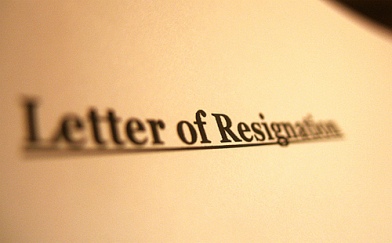 I was a little bit nervous as I handed the senior pastor the letter. It felt like I was walking away from doing what was right. I didn’t want to give up just because I was tired. But I was tired. I was exhausted. As soon as I handed him the letter, I was immediately at peace with my decision. That was a weird feeling. My resignation brought me peace.

Now, almost a week after the decision to resign, I am beginning to see the fulness of what that position had done to me.

It made me cynical toward the Church.

It made me see some of my brothers and sisters in Christ as the enemy.

It made me scan the Bible looking for ways to prove myself right.

It made me wish Johnson would’ve offered Political Science courses.

It made me want to leave the ministry.

It made me see the need for a church in this area.

Most importantly, it made me see what I did not want to become.

During my internship at Central, I remember a leadership talk given (I can’t remember who gave it) that said that sometimes we learn the most out of bad situations because we learn what we don’t want to become. I never thought those words would be so true.

Don’t get me wrong, it wasn’t all bad. I enjoyed so much of it. But you can only see the damage when you leave.

You can only see the damage done when you leave.

I tried to change the music. Music is something that causes more problems than it should. But seeing how music directly influences your salvation, we must pay it a great deal of attention. I tried changing something that refused to be changed.

Perhaps you are a minister who is trying to change the mindset of your elders and they refuse to change.

Maybe you are a youth minister who is trying to change the perception of what youth ministry is but people are refusing to accept the new ideas.

Maybe you are a small groups minister who is trying to change the structure but no one wants to do it.

I don’t know your situation, but what I do know is this: one cannot change that which refuses to change.

I don’t know what to do in these situations. I don’t know if what I did was completely right. But what I do know is this: resigning is the best thing I have ever done.

Perhaps you’re in a similar situation. Remember these 2 things:

1.) You cannot change that which refuses to change.

2.) You can only see the fulness of the damage when you walk away from the situation.